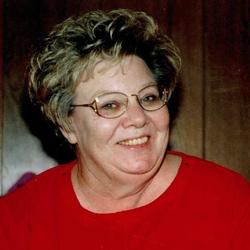 Sandy Tyler, of OKC was permanently healed and went to heaven to be with her Lord and Savior Jesus Christ, on July 30, 2010, after a month long battle with cancer. Born January 23, 1945 in Midland, TX to Irene (Crelia) and Herman Gunter, Sr. Sandy grew up in Midland and after graduating from Midland High School, moved to San Antonio. There she met Jim Tyler who was in the Army and stationed at Ft. Sam Houston. After a two month courtship, they were married in February, 1968 just prior to Jim being deployed to Germany, where she joined him three months later. After two years in Germany they settled in OKC, where she fulfilled her lifelong dream of becoming a mother and homemaker after her two daughters were born. Sandy was active in PTA at her daughters' schools, even serving several terms as PTA President, until they graduated. She was an avid bowler for many years and loved playing cards. Sandy also loved listening to southern gospel music, reading and studying the Bible. She was actively involved in her church, Piedmont First Baptist, and taught a sixth grade Sunday school class for a number of years. Most of all, Sandy loved playing with and spoiling her grandkids, who were the light of her life. Her friends and family will remember her wit, clever remarks and ability to always make people laugh. She is preceded in death by her parents and sisters Margie Thornton and Nancy Gunter. She is survived by her husband Jim; daughters, Jennifer Nalin and Janet & husband Buck Francis; grandchildren Kaylee, Ryan, Lacy, Abby, Molly and Brooklyn; sisters, Jo & husband Kenneth Doss, Linda Hamil, Connie Snowden; brother Herman Gunter, Jr.; and many nieces, nephews and friends. The family will receive friends and relatives from 6:30 to 8:30 pm Monday, August 2, 2010 at Buchanan Funeral Home. The funeral services will be held at 1:30 pm August 3, 2010 at the First Baptist Church in Piedmont, OK with interment to follow at Resurrection Memorial Cemetery.