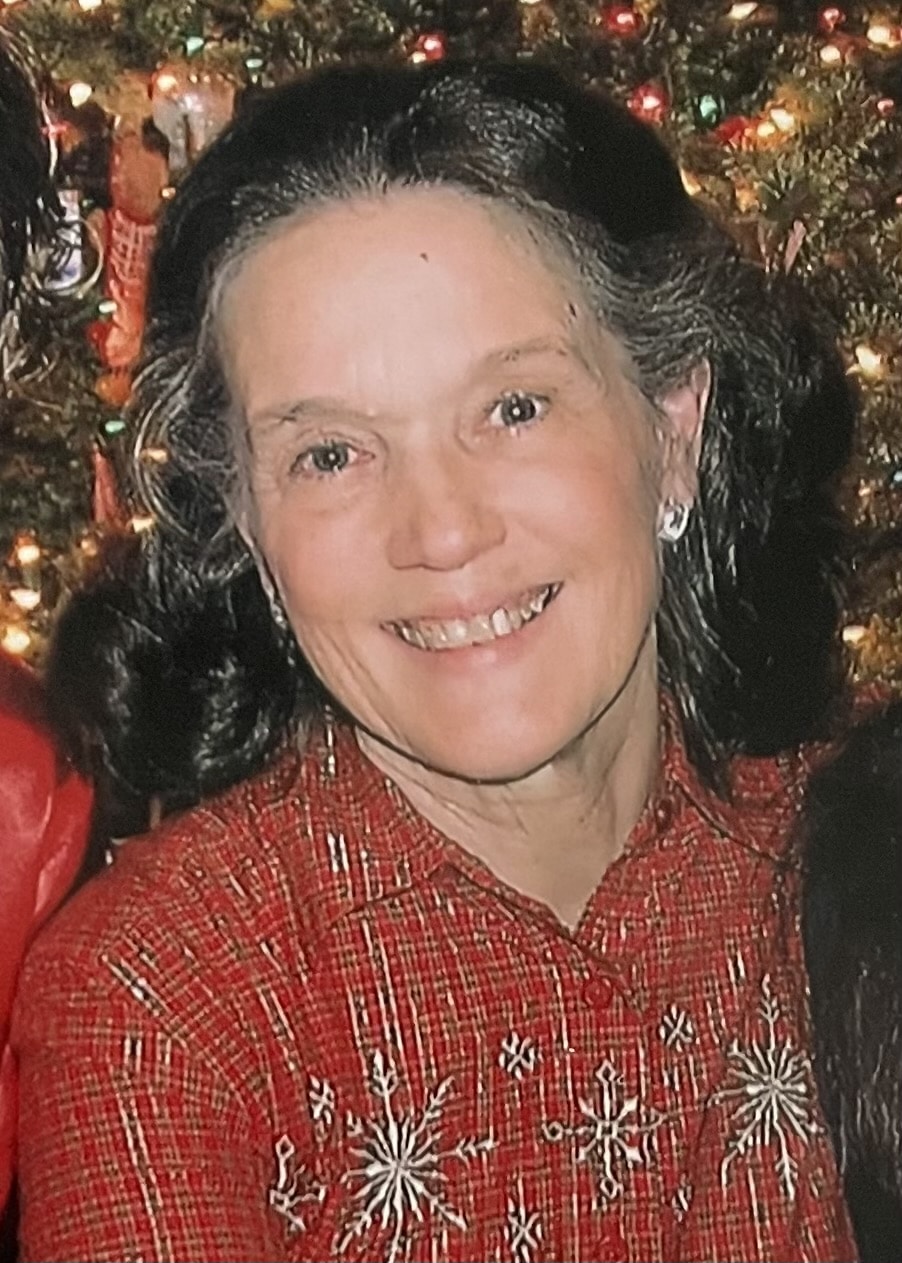 Sarah Mollien Koenig, 79, exited peacefully from this world on Dec. 8, 2022, after a lengthy illness.

Mollien Patterson was born on Jan. 6, 1943, the youngest of six children, to a loving and theatrical family in Texarkana, Tex. Her father — a photographer, magician, and film auteur — encouraged his youngest daughter’s inchoate thespian wiles. After a fashionable and musical childhood, and following a hysterical piano rendition of “Scotch Poem,” by Edward MacDowell, she was crowned Miss Texarkana in 1961, a minor footnote on her curriculum vitae, but one that her children will never let anyone forget, ever.

After a brief stint at Louisiana State University, she met an ambitious and equally-attractive young oil explorer from New Jersey named Richard. Following a short yet promising courtship, they married in 1964, and Richard promptly moved his young bride to the frozen wilds of Alaska, never to be seen again. Or so it would seem.

Despite her polar bastille and chronic pregnancies, Mollien didn’t abandon her creative muse, writing endless poetry, composing collectable Christmas letters, and fashioning short plays for a voracious and growing cast of her own. In 1972, the family moved to Texas, and shortly thereafter to Ponca City, OK, where Richard thought it a good idea to purchase a 160 acre farm, and Mollien became, to the surprise of many, a farm wife. This entailed making sandwiches, mostly, and over the course of nine years she made approximately 92 million of them, mostly salami and cheese, but sometimes bologna, but never Braunschweiger, because gross.

She did find time to entertain the children and reverse-terrorize the nuns at St. Mary’s Catholic school, however. Along with her co-conspirator Mary Hunt, and after some suspected morning libations, Mollien would foment small coups that became the stuff of legend. From dressing up as a monstrous witch on Halloween, to taking over a PTA meeting as Dolly Parton, her flair for the dramatic was on full display, though there is no doubt the powers-that-be celebrated when her youngest graduated to the junior high.

In 1982, Richard’s ascent up the corporate ladder took the family to Stavanger, Norway, and Mollien again shifted gears, trading in her bologna sandwiches for a matpakke, and her Massey Ferguson for a shiny new Volvo station wagon. Once again, she thrived with this change of scenery, making endless friends among both expats and natives.

In 1991, Richard and Mollien left Norway and returned to Ponca City and their house on the hill just east of Ponca City. With their labor force mostly graduating college, they retired to a life of gardening, reading, church life, and enjoying their five children and 25 grandchildren. Mollien, unable to leave the stage completely, was part of a church troupe that did tea parties at Via Christi Village. Said one of her friends, “of course your mama was the entertainment.”

To Mollien’s children, it is hard to imagine a person as universally beloved as their mother. Aside from her many artistic talents and fantastic sense of humor, she leaves a legacy of immense kindness, compassion, and respect for everyone. No one, as far as we know, ever had a bad thing to say about her. Aside from the little Henderson boy who was terrified by her witch costume in 1978, she left this world with exactly zero enemies. The memories she leaves behind are as incomparable as the ache of her absence.

Aside from legions of friends, far and wide, Mollien had a very large family.

She was preceded in death by her husband of 58 years, Richard, who passed away 48 days before her. She is survived by her ever-adoring children: Pamela Koenig, of St. Paul, MN; Matthew Koenig, of Santa Fe, NM; Jennifer Wilson and husband Jim, of Bartlesville, OK; Paul Koenig and wife Erin of Oslo, Norway; and Christopher Koenig and wife Mindy, of Oklahoma City, OK. She is survived by one brother, Martin Patterson, of Texarkana, TX.

In lieu of flowers, donations can be made to Cure PSP at curepsp.org/iwanttohelp.

A requiem mass will be held at 11 a.m. on Saturday, Dec. 17, at Epiphany of the Lord Catholic Church in Oklahoma City. A Festival of Mollien, aka “Mamapalooza,” with music, movies, memories, and a special appearance by the Henderson boy, will be held on April 1st, 2023, in Oklahoma City, with details to follow. All are welcome.

In lieu of flowers, donations can be made to Cure PSP at curepsp.org/iwanttohelp.

A requiem mass will be held at 11 a.m. on Saturday, Dec. 17, at Epiphany of the Lord Catholic Church in Oklahoma City. A Festival of Mollien, aka “Mamapalooza,” with music, movies, memories, and a special appearance by the Henderson boy, will be held on April 1st, 2023, in Oklahoma City, with details to follow. All are welcome.