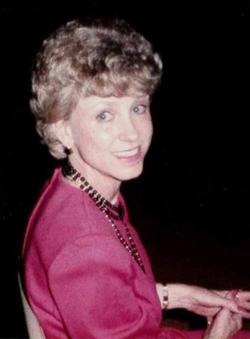 Sharon was born July 17, 1946 in Kingfisher, OK. She attended BIG 4 school from first grade through ninth grade, where she made lifelong friends. When her parents moved, she was forced to transfer to Cashion high School where she graduated in 1964. She was heart-broken to have to transfer schools but she made the most of it and also accumulated many friends. Sharon attended Central State University (now UCO) for a short time, but left to become independent and make her own way in life, which she did admirably. Sharon worked her entire career in the Secretarial/Administrative Assistant field for over 40 years and retired in 2008. She had a very strong work ethic, which was appreciated and admired by her employers and co-workers alike. She always treated everyone with kindness and had many friends. During this time, Sharon also gave birth and raised two very fine sons, Brian and Bradley. She had many hobbies but perhaps her greatest passion was shopping for and buying shoes! She also enjoyed and was very good at dancing whether to boot-scooting music or big bands. She and her husband Ben spent many hours on the dance floor when they were younger and healthier. Sharon's passing has left a big void in the lives of her family. But they are comforted by the fact that she is now safe with Jesus in paradise and no longer suffering. She was preceded in death by her mother and step-father, Betty and Bill Mathews of Kingfisher, OK. Sharon is survived by her husband, Ben of the home; son, Brian and his two daughters, Bailey Ann and Payton along with Amber and Adison Norbury; son, Bradley and Lacey Clayton; a brother, Bob Mathews; a sister, Susan Scholen; other family and friends. Services to celebrate her life will be 2:00 pm, Friday, July 10, 2015 in the Chapel at Buchanan Funeral Service.