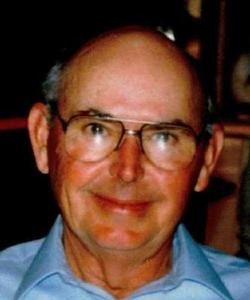 BROWN,
T. D. &quot;Dale&quot;, age 89 of Oklahoma City, went to his Heavenly Father on December 29, 2010. He was born May 30, 1921 in Altus, OK to Roger J. and Loris (Williams) Brown. Dale was a Home Builder and served his country in the Navy during WWII. He was preceded in death by his parents; and his wife, Faye. Dale is survived by a son, Roger; a daughter, Barbara and husband Jim Harding; 2 grandchildren, Lori Jayne Kann, Juli Anne Marino; 2 great-grandchildren, Miranda and Gianna; 2 brothers, J. R. Brown and wife Carol and their children, Gary& Dennis Brown, & Tammy Posey; William E. Brown and wife Helen and their children Allen and Christi; other family and friends. Services to celebrate his life will be2:00 PM, Tuesday, January 4, 2011 at Buchanan Funeral Service Chapel.