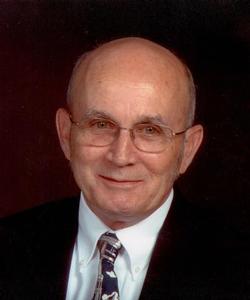 Timmy Blain Mitchell, 75, left this world unexpectedly on July 5, 2014, from Mercy Heart Hospital, OKC. Our loss is Heaven's gain! Although family and friends here mourn his passing, we know he is singing in Heaven's choir now and surrounded by loved ones who have preceded him. He was born in Detroit, Michigan, on March 25, 1939, to Ross L. and Verla (Hilly) Mitchell.

After attending Bethany Public Schools Tim joined the Air Force and was stationed in Wiesbaden, Germany. When he returned to Bethany, Oklahoma, he worked for a builder and later became a shop foreman for a cabinet shop.

Tim and his wife, Elizabeth (Wester), were married for 47 years, and have five children and 12 grandchildren. They are life-long members of the Baptist Church, attending at the Canadian Valley Baptist Church in Yukon for the past 23 years. Tim was a valued member of the choir and his solos were always special.

Tim was a great Christian example and loved his church family as well as his earthly family. He was known for his ornery sense of humor and was fun to be around. He will be warmly remembered for many things including his "famous" chocolate fudge. He loved to sing and play the guitar. He was also the family historian and often took time during vacations to search cemeteries and court houses for information.

His parents and older sister, LaRee (Mitchell) Reed, preceded him in death. Survivors include his wife, Liz, their five children, Robby Mitchell, Robin Stroud, Kari Cheatham, Karl Mitchell, Jeff Mitchell, and their families, his sister, Sherry, and her husband, Don, as well as numerous nieces, nephews, and cousins.

Memorial Services will be held at the Yukon Cemetery, 660 Garth Brooks Blvd. Saturday morning at 10 a.m. Visitation with the family will be Friday from 6-8 p.m. at Buchanan Funeral Service, 8712 N. Council Road, OKC. In lieu of flowers donations can be made to the Southern Baptist Disaster Relief organization,www.baptistrelief.org