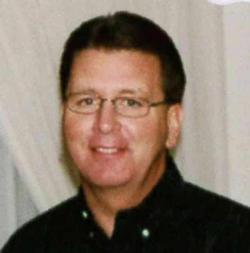 Tim, Precious and dear to many, grew up in OKC. After graduating from Putnam City High School he went on to attend the University of Oklahoma. He then moved to the Dallas area where he lived most of his adult life. He was preceded in death by his mother Lou Keefe. Tim is survived by his daughter Caitlin Mary Keefe; father, Michael Joseph Keefe and his wife Mary; his sister Kelly Jones and her husband Bill; his brother, Dan Keefe; and many nieces, nephews, cousins, aunts and uncles. Tim will be greatly missed by family and friends. His Memorial Mass will be 11:30 am, Wednesday, December 16, 2015 at Epiphany of the Lord Catholic Church.