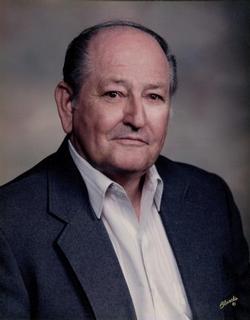 Tommye Lee Dixon, Sr., following a brief illness, passed away peacefully surrounded by his loved ones on Sunday, March 12, 2017. He was born at home in Hartshorne, Oklahoma on July 17, 1929, to Raymond and Johnnye Dixon. He attended Central High School before joining the Navy where he served aboard the USS Philippine Sea. After leaving the Navy he met the love of his life, LaDora Lyle. They were married for 40 years before her passing in 1995. As a young entrepreneur, he open White Sewing Center on Linwood in Oklahoma City and moved the store to May Avenue in late 1960's. He was joined by his son in the 1970's and together built a successful business. In 1984 he transitioned to service only as Dixon's Sewing Machine Repair and, with his son by his side, he worked until his health forced his retirement at the age of 85.

He was laid to rest at in a private service at Resurrection Cemetery on March 18, 2017.

He was deeply loved and will be missed every day. We find comfort in our countless, precious memories and by knowing that he is finally getting to, once again, dance with his beloved on the other side.

Hokahey, today is a good day to die!