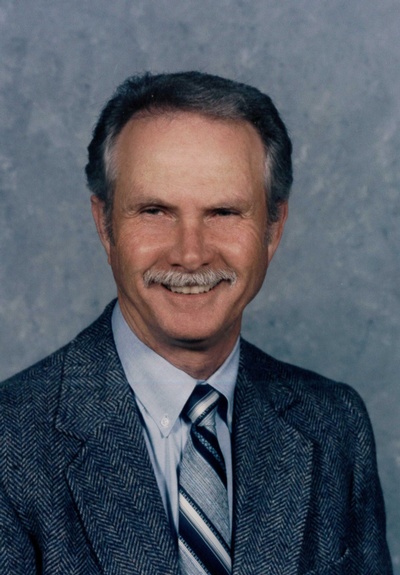 Vernon D. Smith, 82, was born to Dugar Hugh Smith and Margaret Mosher Smith on September 23, 1936, Oklahoma City.  He graduated from Capitol Hill High School and then attended Central State University (now UCO).  In January 1959 he saw what he knew was the love of his life, Eldeana (Deana) Starnes, formerly from Cushing.  After a short courtship they were married on May 16, 1959. After marriage Vernon embarked on a career with National Cash Register (NCR) and embraced the birth of their children, Vernon Craig Smith and Dana Michelle Smith.  A 19 year career with NCR took the family from Oklahoma City to Dallas, TX and eventually to New Orleans, LA, going from a Service Technician to Regional Sales Manager.

Vern had many interests throughout his life.  He was a carpenter, gardener, landscaper and could fix anything.  Personal fitness and healthy eating were priorities.  He went to the fitness center 6 days a week and enjoyed working outdoors. No activity could compare with his love for his Savior, Jesus Christ, his family and friends.  He found his passion in ministry becoming a greeter at Lakeside/Highpoint and then to Okarche Light Your World.

During his life he had conquered five surgeries, a stroke and several stints in rehab, always returning home in good spirits to be with Deana.  However, his last surgery took its toll and he said goodbye to his earthly home on Saturday morning, January 26, 2019.

Predeceasing him were his parents and stepfather, Eldon Conaway, several aunts, uncles and many friends.  Surviving him are his brother, Cliff (Kathy) and sister Debijan Smith; his wife of 59 years, Deana; son Vernon Craig (Jennifer) of Edmond; daughter Dana Michelle Kennemer (Mike) of Yukon; grandchildren: Whitney Michelle Charles (Andy), Springdale AR and Dathan Kennemer (Macy) of Yukon; Vernon Harrison Smith, Cole Smith and Carson Smith, Edmond; great-grandchildren Zyan Charles, Zaydee Charles and Kayd Kennemer and numerous nieces and nephews. Vern was a very generous and loving man and always looked for the best in everyone he met.  He was a spiritual mentor to the younger members of the churches he attended. He enjoyed outdoor activities of all kinds, watching Thunder Games with Deana and time spent with family and friends