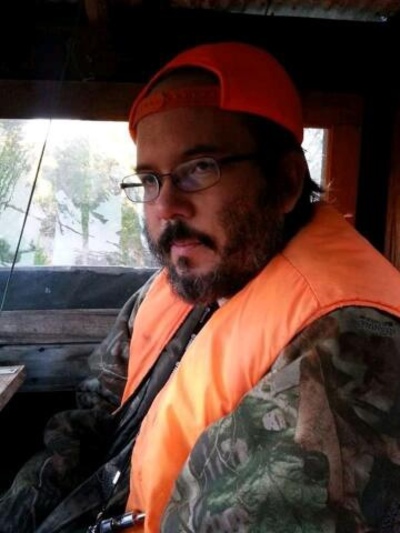 Wesley Chase Yandell, 50, of Yukon, OK, passed from this earthly life on January 26, 2022, just 51 days short of his 51st birthday. Wes was born in Oklahoma City, OK, on March 18, 1971, to Bruce and Sharilyn Dianne (Stafford) Yandell.  He attended Elementary through High School in Edmond, OK, and was a member of the Edmond Memorial High School Class of 1989.

Wes’ youngest brother, Anthony, shared that “Wes was into all types of music, mainly classic rock and metal in his younger years. Wes was always proud of his long hair and was one of the original headbangers, you could say. He used to do a lot of fishing and really enjoyed deer hunting when he had the chance.”

Wes also enjoyed cooking, and learned that skill from a long line of family cooks, including his Great Grandmother, Opal Stafford, his Grandmothers, Margetta and Flo, and his Mother, Shar. Tina shared that a favorite recipe Wes would make for their breakfast was Crepes. He kept the recipe in his phone Photos for easy access; and it is shared in this program.

Wes worked for a time as a Delivery Driver for Central Wholesale Liquor Company, then worked nine years in Customer Service for Sprint. During the time he worked at Sprint, Wes met his wife, Tina. They married on February 14, 2010. They have one son, Wylan Clarence Yandell, born December 21, 2009.

In addition to his love of family, Wes loved the outdoors and any outdoor associated activities; especially fishing, and deer hunting. . Three of Wes’ “Happy Places” included visiting his grandparents in Roosevelt, OK; his parents’ home place, “The Cabin,” in Meridian, OK; and visiting his in-laws in Valdez, Alaska.

In lieu of flower memorials the Family requests donations to a Go Fund Me Account to assist with final expenses, click here to donate; or donations can be mailed or dropped off at Buchanan Funeral Services, 8712 N.Council, OKC, OK.

In a mixing bowl, combine eggs and salt. Add flour alternately with milk, beating until smooth after each addition. Add oil and beat. Refrigerate at least 1 hour. Cook on upside down crepe griddle per manufacturer’s direction or in skillet with non-stick coating. (If using skillet, allow 2 Tbsp. batter per crepe, turning skillet to coat evenly in very thin layer. Cook over medium heat until bottom is brown. Turn & brown other side a few seconds.

Crepes may be made in advance, wrapped in foil or plastic wrap and stored in refrigerator for 2 or 3 days. A layer of waxed paper or foil may be placed between crepes for easier separation to re-heat.