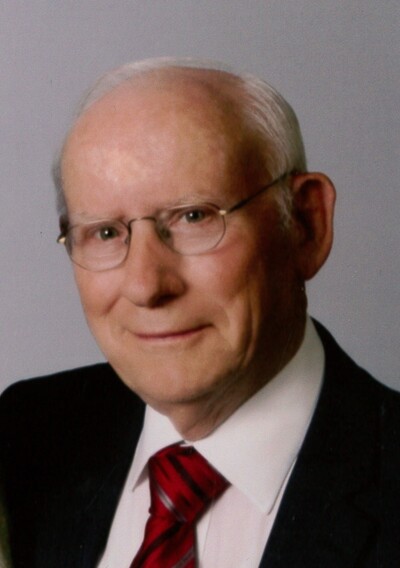 William “Bill” Laubach, born on December 20, 1935, went home to be with his Lord and Savior Jesus Christ on November 3, 2020, at the age of 84. Bill was born in Wichita, KS to Floyd and Dorothy Laubach and was born into God’s family on September 9, 1970. Bill graduated from Okeene (OK) High School in 1953 and attended Oklahoma State University (Stillwater) from 1953-1956 before starting a 19-year intermittent career working as an accountant for the Oklahoma Gas & Electric Company from 1956-1974. During this time, Bill was drafted into the United States Army, where he served a two-year commitment. He served three additional years as Sergeant in the National Security Agency during the Cuban Missile Crisis before marrying the love of his life, Sherry Bedwell, in March 1963 in Okeene. They bought their first house in OKC and then soon started their family in Yukon, OK.  While working full-time at OG&E and taking classes at night, Bill completed an Associate of Arts degree from Southwestern College (Oklahoma City) and a Bachelor of Science degree in Business Management from Oklahoma City University.  Bill began transitioning from the corporate world to pursue his higher calling to Christian ministry. He moved his family to the Chicago, IL suburbs where he obtained a Masters of Education degree from Hyles-Anderson College (Crown Point, IN). He served as principal and as teacher for three years in private, Christian schools in Oklahoma and Texas. In 1977, he was asked to help found a private, Christian school in Oklahoma City. He tirelessly served as principal there from 1976-1985 and impacted hundreds of students and their families. He then served as registrar and instructor at a small Bible college in OKC for 7 years where he influenced hundreds of students as they were pursuing their life calling. Later, Bill owned and operated Pro-Lawn Company for many years and used this profession as another opportunity to impact countless others. After selling his company, he continued working in the lawn care business to stay active. He worked until his stroke on June 4, 2020. For the past few years, Bill was an active member of Maranatha Baptist Church of Western Oaks (Bethany, OK) where he also impacted many people. Bill’s greatest delight was to share the Gospel of Jesus Christ with others. He spent countless hours helping others in various capacities. He was preceded in death by his parents Floyd and Dorothy Laubach and his brother Thomas. Bill is survived by his wife Sherry of 57 years; daughter Brenda and husband Jim Willoughby of Mustang, OK; daughter Christie Foskin of Edmond, OK; son Tim Laubach and wife Kay of Edmond, OK; grandchildren Jonathan, Trevor, and Andrew Willoughby; Kaylee and Garrett Foskin; Luke and Reese Laubach; sister Patricia Wright; and many other family members and friends.

The family would like to thank all of the many caregivers, his minister, and especially Rebekah Robertson, RN with Lifecare Hospice who was with Bill holding his hand at the end of his life when his family could not be there. In lieu of flowers, the family requests that donations be made to Maranatha Baptist Church of Western Oaks, 2800 N. Divis Ave, Bethany, OK 73008.

A recording of Bill’s service is available at the following link: