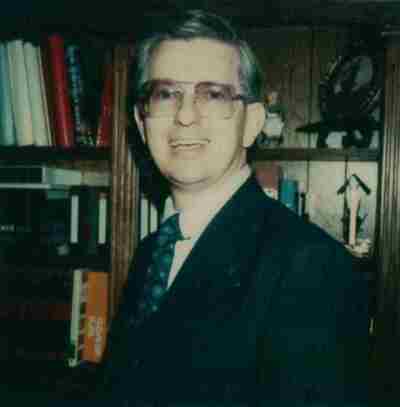 Dr. William Lester “Bill” Carruth was reunited in eternity with his beloved wife and his Lord and Savior Jesus Christ on September 29, 2022.  Bill was born May 18, 1940, in Port Arthur, Texas, to Winford Boyd Carruth and Neva Jack (Reed) Carruth.

Bill graduated from Parkville High School in Baltimore Maryland with the Class of 1958.  He attended Baylor University in Waco, Texas, where he met his bride to be, Julia “Ann” Christenson in 1962.  Bill graduated with a Bachelor of Science degree in May 1963 and married his college sweetheart the following year on June 27, 1964.  In 1970 he graduated from the Baltimore College of Dental Surgery Dental School, University of Maryland and then worked at various dental clinics, first in Baltimore and then in Oklahoma City, from 1970 to 1978, before opening his own private practice dental clinic in Oklahoma City in 1979.  He provided gentle and compassionate dental care for thousands of patients in Oklahoma City and as a medical missionary in Central America and the Caribbean until his retirement in 2009.

He loved astronomy and science in general, was an avid camper and outdoorsman, an accomplished “fix it man,” and a loving, selfless, and generous husband and father.  Apart from his family, his lifelong passion was “reaching, teaching, and keeping boys for Christ” as a “Commander” of the Royal Rangers program with the Assembly of God churches.

Bill’s family and friends are invited to attend graveside services at Memorial Park Cemetery in Oklahoma City on Monday October 10, 2022, at 1:00 pm.

The family would like to give special thanks to the care team at the Baptist Village skilled nursing facility in Oklahoma City, the nurses and staff at Corn Heritage Village nursing home in Weatherford, Oklahoma, and Dr. Blake Badgett and the amazing ER and Med Surge nurses at Weatherford Regional Hospital.