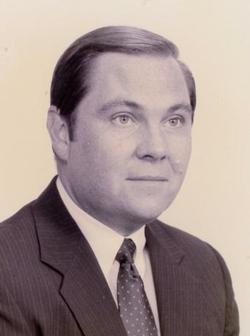 Wilson Todd Magbee (67) passed away on March 31, 2017 at his home in Oklahoma City. He was born on July 6, 1949 at Wesley Hospital in Oklahoma City to Wilson Thurman and Betty Lou Magbee.

Todd grew up in Oklahoma City. He graduated from Northwest Classen High School in 1967 and attended Oklahoma City University where he studied Business. He also served in the Oklahoma Air National Guard.

He worked in the consumer electronics industry for the Thurman Magbee Corporation and then for Philips of North America. He assisted other consumer electronic enterprises in the state and is credited with helping launch several retail businesses. He received multiple national marketing awards for his sales acumen.

Todd married Jana Lynn Stroud in 1981 in Oklahoma City. They were happily married for 35 years. A competitive nature attracted him to sports which he always enjoyed. He played tennis in his teenage and young adult years. Todd became Scoutmaster for Boy Scout Troop 55, of which he was a member as a youth.

His keen sense of humor and positive outlook on life attracted many lifelong friendships. His love for his Lord and his family reflected in everything he did. He was always an encourager to everyone he met.

Todd was preceded in death by his father, Wilson Thurman Magbee.

A funeral service will be held at Buchanan's Funeral Services, 8712 N. Council Rd., in Oklahoma City, on Tuesday, April 4, 2017 at 2:00 P.M. Burial will follow the funeral service at Memorial Park Cemetery. A visitation will be held on Monday evening from 6:00 P.M. to 8:00 P.M. at Buchanan's Funeral Services. The family will be greeting friends and relatives at that time.