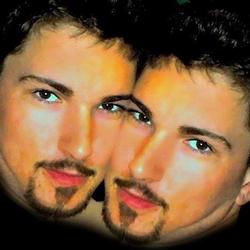 Brandon Michael McQueen was born in Oklahoma City, Oklahoma on August 19, 1986 to Ron E and Heather L McQueen. He passed away unexpectedly on August 15, 2015. Brandon spent his entire life in Oklahoma City, attending schools in the Crooked Oak and Putnam City School Districts. After finishing high school at Putnam City North, he began attending the Tulsa Job Corps. Following his graduation from Tulsa Job Corps, Brandon went to work for the Carpenters and Millwrights Local 329. Following this, he moved to Tulsa, Oklahoma and went to work for Sprint PCS. For the past two years, Brandon took on the role of acting as caregiver to his father. This was something that he did proudly and without protest. It was so important to him to make sure that his dad was comfortable and had what he needed. He was a kind and loving person with a heart of gold. He always put the needs of others before his own. His biggest passion in life was the computer. He knew everything there was to know about the computer and if you needed help with your computer or cell phone, you could count on Brandon to be there to help. He was pre-deceased by paternal grandfather, Kenneth W. McQueen, Aunt's Carol James and Mary Beth Mills as well as close cousin, Jamie Lee Slaven. He is survived by his parents ron E McQueen and Heather L McQueen, both of Oklahoma City, Sister and brother-in law, Ashley and Alex Wisdom, OKC, brothers Christopher McQueen, Edmond, OK and Matthew McQueen, OKC, maternal grandparents, Janice and Larry Mills, OKC, and paternal grandmother, Mary E. McQueen, Oklahoma city, as well as numerous aunts, uncles and cousins. He was taken too soon and will be missed by everyone who knew and loved him.