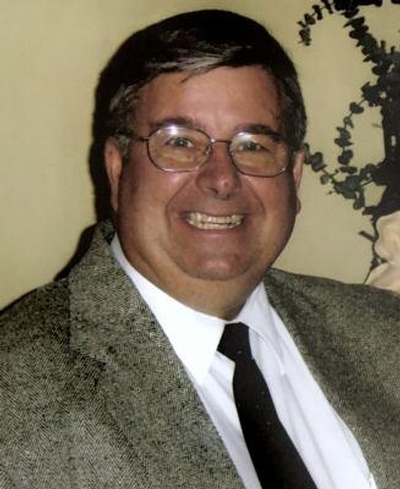 Charles Ray O’Daniel was born Feb. 23, 1949 in Seminole, OK to Ray Emmitt O’Daniel and his wife Betty Jo (Richard) O’Daniel. He passed from this life on March 25th at the age of 69 years, 1 month, and 2 days.   He grew up in Maud, OK; the best place in the world to grow up during his time. He attended Maud Elementary and Maud High School, after graduating in 1967 he attended Seminole Junior College.  As a boy he played Football, Basketball, and Baseball in elementary and high school.  He seldom made first string, but he always loved playing the game hard.   He was married to Trela Ann Robertson on March 15, 1968, the love of his life.  He loved everything about the outdoors; riding horses, working on the farm with cows, fishing, hunting, camping, and growing a garden.

He and his wife Trela settled down in Maud for the first several years of their married life, while he worked as a butcher in his Dad’s grocery store.  He was saved at Trinity Baptist Church through the influence of his girlfriend, soon to be his wife. His life started changing immediately and he found his second home became the church.  He was later called to preach and pastored several little churches part-time in the area before going to Tennessee Temple

In 1975, he and his wife took their family and they attended Tennessee Temple University for three years until he graduated.  It was the greatest and yet the hardest three years of their lives.  They learned everything about trusting God for all their needs and how to sacrifice to work for God in the church; running a bus route, working in B Sunday school, and working in a college Chapel in Dalton, Ga 35 miles away.  He became part of the visitation staff of Highland Park Baptist church for the last year of his schooling.

After graduation he was called to Western Oaks Baptist Church as Youth Director and to teach in their school.  About two years later the pastor, Dan O’Daniel resigned and he was asked to leave by the incoming pastor, Charles Hand.

He took a job at Snyder’s IGA to care for his family while he searched for the church God would have him to pastor. On his job, he met a lady that was a meat wrapper named Tina Eakins who told him of her church, Maranatha Baptist Temple, also an Independent Baptist Church, looking for a pastor.  She passed his information on to her husband, Melvin, who was a deacon, and they later contacted him to come preach.  After preaching there a couple of times, the church called him as pastor, with only a 68% vote in his favor.  But after 15 years the church grew until it merged with Western Oaks Baptist Church and became known as Maranatha Baptist Church of Western Oaks.

For another almost 23 years, he pastored this work.

He loved his Lord, his family, his church, his people, and he loved bringing people to know Jesus Christ as their Saviour.

He is preceded in death by:

His father and mother Ray and Betty O’Daniel of Maud

One Sister: Susie O’Daniel of Maud

He is survived by:

Debbie Malcom (the helpingest sister in the world) of Maud, OK

Penny Hurd (my baby sister) and her husband Brent of Bridgeport, TX

His loving wife and helpmeet of 50 yrs. Trela O’Daniel of the home

Joshua O’Daniel and his wife Amanda of Yukon, OK.

Jay O’Daniel and his wife Cara of Edmond, OK.

Jennifer Byrd and her husband Stephen of Yukon, OK.

Jill Ross and her husband Ronnie of Nichols Hill, OK.

Joy Eastling and her husband George of OKC, OK.

Julie Johnson and her husband Darren of Oakwood, OH.

Jana Smith and her husband Josh of Oceanside, CA.

21 Grandchildren and a host of preachers, missionaries and friends.

Internment will be in the Cummings Cemetery at Maud, OK