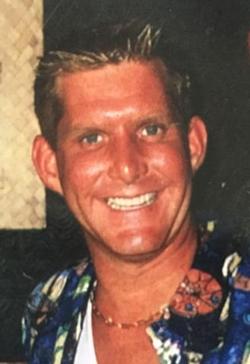 David, age 50, went to be with the Lord on Sunday, July 19th 2015 in Oklahoma City, Oklahoma. David was born on March 17th 1965 in Cairo, Illinois to David and Sandra Harvey. He was tremendously gifted at cutting and styling hair, and he fulfilled his dream of owning his own salon, The Final Cut. His reputation for excellence was such that he had the honor of styling the hair of first lady Barbara Bush, Governor Walter's wife Rhonda, Governor Frank Keating and his family, and most recently Governor Mary Fallin in preparation for her inaugural ball.

David's first priority was always the satisfaction of his clients, and they will miss his friendship as well as his skill with scissors and comb. When he wasn't working, David enjoyed trips to the beach and taking drives in his convertible with the wind in his hair. Those who love him take comfort in the knowledge that right now he is finally feeling the wind in his hair again, driving alongside a perfect beach with his dad.

David also leaves behind countless people like Bobber Wright, Maria Curtis, Andrea Breautigam, Eddy Webster, and many others who loved him and helped make his life a grand adventure, filled his days to the brim with laughter, and helped him live a life worthy of remembrance. David's life will be celebrated on Saturday, July 25th at 2:00pm. Since David has finally reached his eternal paradise, the family asks for everyone to wear a Hawaiian shirt or dress if possible. Let's send David off in style! In lieu of flowers, donations are requested to lifeshareok.org in David's name. Just click the "contribute now" button on their website.