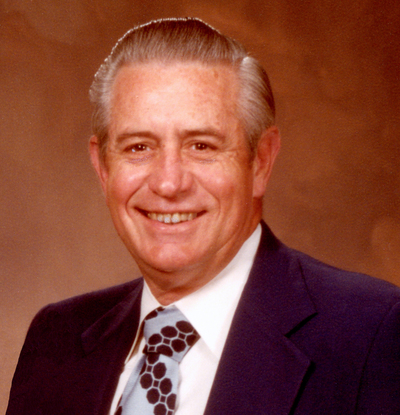 Donald Neil Bykerk, 96, passed away peacefully the morning of May 28, 2022 at Northhaven Place Assisted Living in Oklahoma City, OK.  He was born on February 13, 1926 to Cornelius and Henrietta Bykerk in Havelock, Nebraska. He graduated from North East High School (Lincoln, Nebraska) in 1943.

Don enlisted in the Navy in May 1943 at the age of 17.  He served in the Asiatic Pacific during World War II and was honorably discharged in May 1946.

After his military service, Don continued his education at the University of Nebraska from 1946-1950, graduating with a JD – Law.  During that time he competed in Moot Court and was a pro-bono student attorney for the indigent. He began practicing law in Lincoln and was a member of the Nebraska State Bar Association.

On June 4, 1959, Don married Sonja (Christophersen) Wakeham in Lincoln, Nebraska.  They moved their family to Oklahoma City, OK where he began practicing law.  In 2019, the Oklahoma Bar Association honored him for 60 years of service!

Don loved fishing and was a member of Bassmasters.  While competing in their tournaments, he won many trophies.  He named one of his boats “The Basstub”!  He and Sonja enjoyed camping and fishing down on the Mountain Fork River, eventually building a cabin (and learning many new skills) on Lake Eufaula.

Don joined the Village Lions Club and served as District Governor from 1967-68. In 1968, Don and Sonja attended the International Lions Convention in Dallas, TX where they met Lions from all over the world (and collected many pins).

In 1975, Don and Sonja moved to “Happy Hill” farm (160 acres) southwest of Prague, OK. It had been a lifelong dream of his.  The grandkids loved to visit Granny and Grandpa on the farm!  Don moved his law practice from Oklahoma City to Main Street, Prague, where he served clients from all around the state. He served as City Attorney for the City of Prague for a number of years.

A few years after moving off the farm and into Prague, Don and Sonja began RVing (late 1980’s). They traveled to many places across the United States… sightseeing, visiting family and “searching for rocks”. They ended up spending summers in Colorado and winters in Arizona. In 2008, they sold their latest RV and moved back to Oklahoma City to be near their children. They resided at Copper Lake in Edmond and Southwest Mansions (10+ years) in Oklahoma City (Independent Living Facilities).

In retirement, Don became a true “Rock Hound” and was a member of the Shawnee Gem and Mineral Society; he learned to cut and polish rocks and set them into jewelry; he learned to make glass beads and turn them into beautiful jewelry (for several years he had a booth at Prague’s Kolache Festival); he learned to crochet and made beautiful blankets for all his children. He was an avid reader and liked to play Sudoku.

Don was a real “renaissance” man.  If he didn’t know how to do something he learned by reading and talking to people.  He did not shy away from learning any new technology.

Don grew up like many people regularly attending Sunday school and Church.  Adulthood brought many tests and trials.  He was guided back to God with the help of a wonderful loving person and made his peace with God in April 1965. In 1984, Don participated in a “Walk to Emmaus” where he discovered his personal relationship with the “living” Christ. He became involved with the Emmaus community and served as a table leader, speaker and in other capacities.

Donald was preceded in death by his parents; siblings Norman Bykerk and Jean Bailey; and many, many friends and colleagues.

A memorial is being planned for early August.  If you would like to attend, please send an email to janerez@juno.com or text 405-250-7189.  To honor the life and memory of Donald, please donate to a charity of your choice.