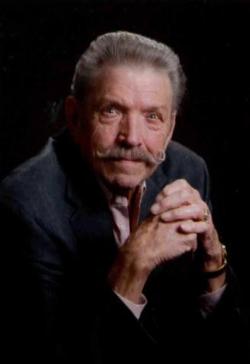 Harley Allen Miller, 75, of Oklahoma City OK, was welcomed into the arms of his Savior on April 24, 2015, following a lengthy hospitalization. Born September 30, 1939, "Allen", son of Harley and Helen Miller of Stillwater, OK, is survived byhis wife, of the home, Michaela (Mickey), daughter Rene Marie Craig and husband Earl, along with their sons Jerod, Dillon, Kevin and Trevor of Cashion, son Todd Emerson Miller and wife Michelle Lynn, along with their sons Harley and Jackson of Cashion. He is also survived by his step children, son Rob Witmer of Arvada Colorado, Shelly Jones and husband Lynn and their daughters, Katie and Nicole of Yukon and Patrick Harris and wife Tami and daughters Madison, Rylee and Teagan of Indian Lands South Carolina. He also has surviving brothers O.D. Miller and Jack Miller and sisters Sara Brooks and Bonita Petty. He was preceded in death by his parents, as well as one beloved son, Brett Allen Miller, previously of Oklahoma City.

Harley spent decades working for the U.S. Postal Service, retiring from his last position in Cashion Oklahoma. He enjoyed traveling with Mickey, having recently enjoyed trips to Alaska and the Panama Canal as well as time spent with and at various activities that included his church and Sunday School classmates.

Memorial services will be conducted at New Hope Methodist Church, 11600 N. Council Road, Oklahoma City, OK on Tuesday, April 28th at 11:00 AM, with a private family ceremony for interment at a later date.