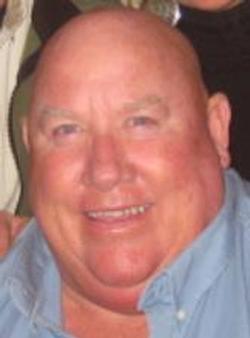 Harry Michael (Mike) Stickler passed away on Friday, August 21, 2015 in OKC after a courageous battle with liver disease. Mike was born March 17, 1953, in Liberal, KS to Harry B. Stickler and Patricia (Martz) Stickler. He was welcomed into the family by his older sister, Kathy, and later joined by his sister Peggy and brother Doug. Mike grew up on the farm in Turpin, where he worked with Stickler Dairies, farmed wheat, and along with Doug constructed a family feed yard, Diamond S Feeders. Mike graduated from Abilene Christian University in 1978 with his B.S. in Agriculture/Business. He returned to work with the family business until he moved to Chicago, IL in 1981 to trade meats on the Chicago Mercantile Exchange. There he met the love of his life, his wife, Carol, who traded foreign currencies. They later moved to Bayonne, NJ, where their daughter, Abby, was born in 1990. In 1991, the Sticklers relocated to Wynnewood and Mike worked as President of Stickler Premium Ostriches. Their son, John, joined the family in 1994. The Sticklers owned an ostrich ranch in Africa, and Mike operated their quarantine stations in Chicago, IL. Later, after gaining experience in the oilfields, Mike founded Nitrogen Solutions, specializing in nitrogen pumping and transport services. He worked with this company until his passing. Mike Stickler was an accomplished entrepreneur. He was a devoted, faithful, and loving Husband and Dad, who treasured his family above everything else. He is survived by his wife, Carol (Varnak) Stickler; two children, daughter, Abby Stickler of Arlington, TX, and son, John Stickler, of Austin, TX; his sister, Kathy Faulkner and her husband, Les of OKC; sister, Peggy Hoshall and her husband C.B. of OKC; and brother, Doug Stickler and his wife Jill of Clarksburg, MD; thirty two nieces and nephews; grandmother, Mary Martz of Liberal, KS; uncle, Charles Martz and his wife Cindy of Liberal, KS; and many other loving family members and a host of friends. He was preceded in death by his parents, Harry and Patti Stickler, his father-in-law John Varnak, his uncle, Roy Stickler, Jr., and his niece, Nicki Faulkner-Dyer. Mike Stickler drew in anyone who knew him with his keen intellect, sharp wit, and ability to make each person feel valued. The Stickler family would like to express sincere gratitude for the many who reached out to Mike during his illness and gave their support through prayers and love. The memorial service and celebration of Mike's life will be Tuesday, August 25, at 3:00 pm at Buchanan Funeral Service, 8712 N. Council Rd., Oklahoma, City, OK.