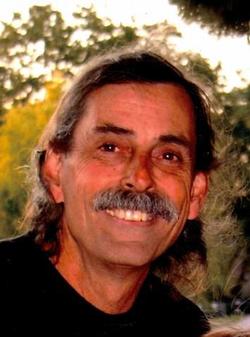 Jeff Killam of OKC passed away on Nov. 29, 2013. He is preceded in death by his mother, Margaret Irma Stewart, and his father, Charles Avery Killam III. He is survived by his daughter, Sunie Killam; grandson, Dilyn LeBarre; granddaughter, Keila Knott; sister, Daphne Hale; and brothers, Charles Killam IV, Stewart Killam and wife Doty, and John Killam and wife Kelli; former in laws who remained like family; Mary Hart, Dawn, Joseph, and Maegan Neihart. Jeff meant so many things to so many people, from his immediate family, to friends, and even the staff at his dentist's office. He was able to touch so many lives because he was genuine and truly cared about people. If anyone ever needed him, he was there to help without question; he was just always there. He especially loved his family. His entire life was dedicated to spending time with and being there for his family, especially his daughter, grandson, and granddaughter. Jeff attended UCO, and was a dedicated supporter of The University of Oklahoma. Jeff was also an accomplished businessman, establishing White Hawk Energy Corporation, and working as an independent land man. On Thanksgiving, each member of the family stated what they were thankful for and Jeff said he was thankful for, "family, only family, because that is the only". Everyone he touched was blessed to have him in their lives for as long as they did. Jeff will be incredibly missed. By his family every day, every minute of our lives. Services to celebrate his life will be 2:00 PM, Friday, December 6, 2013 at Buchanan Funeral Service Chapel with burial to follow at Resurrection Memorial Cemetery.