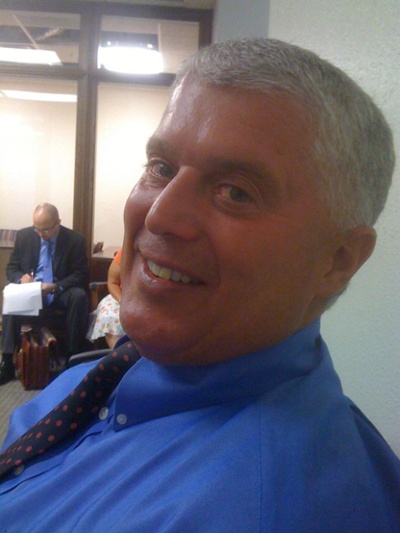 John Joel Garner III, 60, of Piedmont, Oklahoma, passed away on June 10, 2019 in Oklahoma City, Oklahoma. A Memorial Service will be held at the Garner family residence on June 22nd, 2019 from 4:00pm to 7:00pm. John was born in Wiesbaden, Germany to John & Barbara Garner on February 6th, 1959. He went to school in Corsicana, Texas and later graduated from Texas A&M. John married Becky Hixson on May 12th, 2003 in Gainesville Texas. John has worked for US Foods for the past 36 years, and enjoyed surfing, golfing, and tennis. He was a beloved family man and loving husband.  He was well- respected and loved by many.  He will be deeply missed. John is preceded in death by his father, John Garner II, & his step-mother Peggy Garner and his mother Barbara Garner. John is survived by his wife Becky, and sons Jordan Garner & wife Karly & granddaughter Auebree; Sam Hixson his wife Chelsea; Adam Garner and Austin Garner. Also, his brothers Dennis Dillard, Robert Garner and Scott Dillard; nieces and nephews, Courtnie Ray her husband Lucas and son Kyler; Ava Dillard; Ben Dillard; Anderson Blevins and Blaze Blevins.