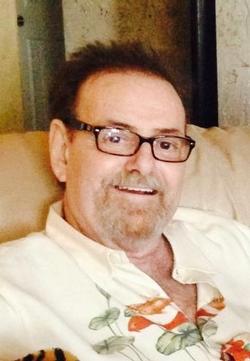 Ken, affectionately known as "Kenny" was born in Shidler, OK to Ephriam Jordan (Jack) Chapman and Bertha Lorene Story. He left this world to be with Jesus on Tuesday, July 21, 2015. Kenny was a true entrepreneur starting small business enterprises in the early 1970's. In 1972, he started selling carpet from his home while he continued his day job. He later expanded his carpet business to a super store located on NW 39th Expressway near Tulsa. In July of 1985 he opened Classic Sportswear where he and his staff designed and manufactured baseball caps and logo wear for major colleges and universities, the cruise line industry, amusement parks and other commercial business owners. With this business venture, Kenny was able to create over 300 jobs and in the fall of 1995 he was honored by the Small Business Administration (SBA) as the Entrepreneur of the Year. He understood the value of people and their importance in the business. Kenny made a point of meeting everyone he employed and giving them guidance and encouragement. He loved people and was genuinely interested in them and their families. Kenny loved his family and friends as well as his cats and dogs more than anything in life. Although he was only here on earth a short time, his love of people made a difference and as a result many were blessed by knowing him and he will be missed. Kenny was preceded in death by his parent; his son, Travis Chapman; a sister and brother-in-law, Jo and Marvin Powell; Sister and brother-in-law, LaDonna and Jimmy Wheeler, all of Oklahoma City, OK. He is survived by his wife, Deanna L. Chapman, Oklahoma City; Daughter, Cari and Mike Horton of Norman, OK; Step Son, Joshua and Shae Sellers; Stepdaughter Traci Sellers, all of Edmond, OK; sister, Jacqueline and Don Walker of Minco, OK; hisgrandchildren include, Brie, Cale , Cade, Brooklyn, and Jace Horton all of Norman, OK and Kinser and Saydi Sellers of Edmond, OK. Visitation will be from 10 am to 8 pm today at Buchanan Funeral Service. Services to celebrate his life will be 10:00 am, Friday, July 24, 2015 at Putnam City Baptist Church.