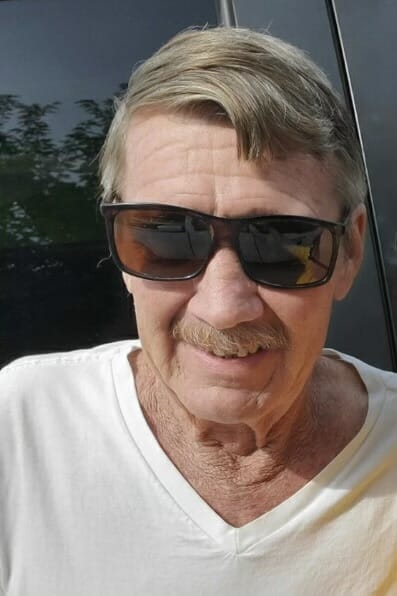 Rodney “Rod” Craig Brown was born on May 23, 1949 in Huron, South Dakota to Joan and Francis Brown. He passed away on November 3, 2022 in Oklahoma City, Oklahoma.

Rod was a proud veteran, having served in the Vietnam War, and was a member of the 1st Air Calvary Division. He was a graduate of Kansas State University in the class of 1977, where he earned his degree as a Doctor of Veterinary Medicine. Rod loved animals of all kinds but had a special place in his heart for larger animals and dogs. Although he was raised in Kansas, Rod’s true home was Oklahoma where he lived his “best life” from the birth of his son, Rhett, to working with the Burns family, and now being laid to rest here.

Rod was proud of many things in his life, but what he was most proud of was the opportunity to be a loving father to his son, Rhett. Upon Rhett’s untimely passing in 2011, a hole was left in Rod’s life that could not be filled. Now that Rod has passed he will be laid to rest here in his home land next to his beloved son and they are joined together once again.