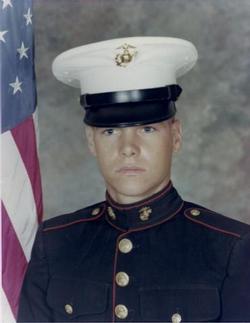 Scott Richard Stuart was born in San Mateo, California, on October 14, 1952. He was the youngest of four children born to Dr. W. David Stuart and his wife, Madeline Pearl Stuart. He grew up in California, where he learned to love the ocean, the woods, and animals. He moved to Colorado, where fishing and hiking were added to his list of loves. Oklahoma then became his final home of 53 years. Scott was a Marine, and proud of it. He was a builder by trade, and particularly loved the woodwork involved in things such as spiral staircases and custom cabinetry. Scott is preceded in death by his parents, Dr. W. David Stuart and Madeline Pearl Stuart; his brother-in-law, Kent Humphreys. He leaves his three children, Jeremy and Jamie Stuart; and their mother, Cindy Stuart; Sean Stuart; grandsons, Ty Hendricks and Mason Stuart; siblings, Davidene Humphreys, Don Stuart and his wife Vicky, of Virginia, Janet Parrington and her husband Chris of Wilburton, OK; nephews and nieces, Lance Humphreys, Kenda Hall, Kami Weems, Zac Parrington, Trevor Parrington, Shannon Frier, and Ryan Stuart, their spouses and children and many friends. Visitation will be from noon to 8PM on Tuesday at Buchanan Funeral Service. A Memorial Service will be 3PM, Wednesday, December 4, 2013 at Buchanan Funeral Service Chapel.