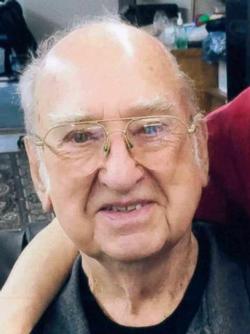 Bill was born the twelfth child of Lee and Jenny Mae Crye in Gadsen, Alabama. He served with pride in the United States Navy during the Korean Conflict and retired from Westinghouse Electric field service after 30 years of service. He transitioned into working with fabric and quickly became well known in the quilting community in OKC. There are quilts he produced in many homes throughout the state and nation. He was involved in making quilts for the "Wounded Warrior" project and also made lap quilts for local nursing homes. He was a member of the Putnam City Church of Christ. He is survived by his wife Sandra of the home, daughter, Terri and Terry Martin of Brandon, MS; sons, William Jr and Beth Crye of Yukon, OK, Kevin and Sandy Crye of Little Elm, TX; sister, Mary Ruth Perry of Norman, OK. He is also survived by his greatest pride, his grandchildren. Bill never met a stranger and was kind to everyone he had met. He was loved and will be missed. Funeral services will be held at the Buchanan Funeral home on March 16 at 2pm.